In recent years in the Philippines, the small sedan market has become super dynamic thanks to the models’ reasonable prices compared to their advanced features.

With that said, Philtoyota.com will now compare two of the most popular compact cars in the Philippine market that is sold in great numbers by each of their respective manufacturers.

This article will also bring to those wishing to buy small sedans the spec battle of the two most reliable models Nissan Almera vs Toyota Vios in terms of exterior, interior, engine, features, and more.

In terms of size, although both cars have the same length of 4,425 mm, the 1,505 mm height of the Nissan Almera is considered to be superior to the 1,475 mm measurement of the Toyota Vios.

Thanks to small wheelbases, both Toyota Vios vs Almera’s interior cabin is significantly spacious that can fit up to five adults. However, despite getting the comforts of fabric seats and a well-equipped air-conditioning system, both sedans’ interior décor are disappointingly filled with outdated and simple colors.

For the infotainment system, except for the common point of the USB charging port and 12-volt accessory socket, the Toyota Vios can outperform its rival Nissan Almera easily.

The upgraded touchscreen, the 2-DIN car stereo, and the added smartphone mirroring app highlight the base variants of the Vios, and Apple CarPlay and Android Auto for the G premium. The Vios G variant is equipped with overall six speakers, the XLE has four speakers, while the base, XE, and J variants have only two.

On the other hand, even the most premium variant Almera VL only comes with a 2-DIN AM/FM radios.

All of the Nissan Almera’s variants, save for the Almera 1.2 MT, come with a four-speaker set.

>>> Read more: Toyota Vios vs Honda City: The Battle Between The Top Sedans

The engines of Nissan Almera vs Toyota Vios in the Philippines are 16-valve inline-4 gasoline engines with double overhead cams (DOHC). However, the performance of the Toyota sedan reaches higher capacity compared to the Nissan’s.

The Nissan Almera’s 1.2-liter 3-cylinder engine generated 78 hp of power and 106 Nm of torque. The second engine option is a 1.5-liter inline 4-cylinder and can produce up to 99 hp and 134 Nm of torque. Nissan also offers the Almera two gearbox options: 5-speed manual and 4-speed automatic.

The four-speed torque converter's actual gears are arguably a bit classic, but many users prefer that engine feature of Almera.

Both brands use suspension systems with MacPherson struts in the front, torsion beams at the rear, and laid out with front-wheel drive.

For the Vios, the 1.3-liter engine power for the base variant is 98 hp and 123 Nm of torque while the premium variant Vios G owns a 1.5-liter engine with a capacity of 106 hp and 140 Nm of torque. The Vios's two gearbox options are variable transmission (CVT) and a 5-speed manual transmission.

Although both models’ safety systems are equipped with anti-lock brakes, electronic brake-force distribution, and standard ISOFIX, overall, the Toyota Vios is still superior to the Nissan Almera at some points.

The standard variants of the Almera feature speed sensor door locks and an engine fixer. However, its mid-range and high-end variants have only two airbags and lack basic safety features such as hill start assist, traction control, and stability control.

On the other hand, the top Vios G now has a better safety system among sedan models in the Philippine market. The low-end variants got two airbags with stability control, hill start assist, and traction control.

>>> Check out: Toyota Vios Accessories: Some Remarkable Notices For You

Compared with other cars in the compact sedan segment, its enormous length and wheelbase can enhance the Nissan Almera position. Moreover, the cabin space of Almera is even more extensive than some cars in the higher-end segment.

The Toyota Vios stands out with the spacious cabin space and excellent long-trip quality.

Although the Nissan Almera’s interior space is large, the cabin and interior decoration are not modern and seems to be a bit dull with gray tones. Having a 1.5-liter petrol engine with good specifications, however, the Nissan Almera’s performance did not meet expectations and had high fuel consumption.

Nissan is limited in equipping the Almera’s entertainment system with advanced features.

Similarly, the Toyota Vios’ interior style does not have many memorable characteristics with simple decoration and design. Besides, the lack of poke for the engine is also a disadvantage of Toyota Vios.

With premium safety features and more options, the Vios variants’ pricing is higher than the equivalent of the Almera. However, Nissan does bring a standout N-sport variant to the Almera.

We hope you can get the necessary information on the similarities and differences between the Nissan Almera vs Toyota Vios.

See you next time with more interesting Toyota Stories in the Philippines. 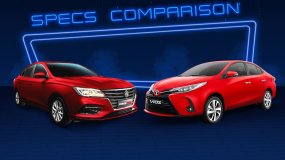 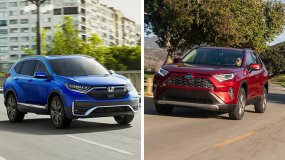 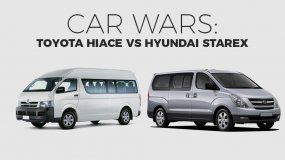