A popular choice among Toyota’s line of midsize SUVs is the Toyota Fortuner. Known as the Hilux XW4 or SW4 in overseas markets, the Fortuner is one of three Toyota vehicles introduced on the IVM platform (the other two being the Hilux and the Innova).

This midsize SUV comes in both rear-wheel and four-wheel drive variants, combining rugged construction with a stylish and urban exterior. The first generation Fortuner had been in production for a decade, undergoing two makeovers and a minor engine upgrade.

In 2015, ten years after it made its debut, the second generation Fortuner was introduced to the global market, eventually making its way to the Philippines in 2016, sporting largely the same dimensions while gaining a few centimeters in length, translating to improved interior space. The Toyota Fortuner combines rugged construction with a stylish exterior

The second-generation Toyota Fortuner underwent a facelift that gave its exterior an edgier and sleeker look, with slimmer headlights and tail lamps. The G variant came shod in 17-in. wheels while the top-spec V variant rode on 18-in. alloys.

Toyota upgraded the Fortuner yet again for the 2017 model year, equipping all variants with four-wheel disc brakes. V trim models got corner sensors and LED fog lights, while the G trim levels gained automatic climate control along with rear parking sensors. Top-of-the-line variants are fitted with a touchscreen DVD player and navigation capability, with paddle shifters on the steering wheels.

Toyota’s latest take on the Fortuner radiates a robust and premium look, now fitted with daytime running lights and bi-beam LEDs with auto-leveling headlamps. Measuring 4,795mm in length, 1,855 mm width, and 1,835mm in height, the redesigned body is now more aerodynamic compared to previous iterations. The front grille sits perfectly with its chrome frame along with the narrowed down headlamps and large fog lights on its bumper. 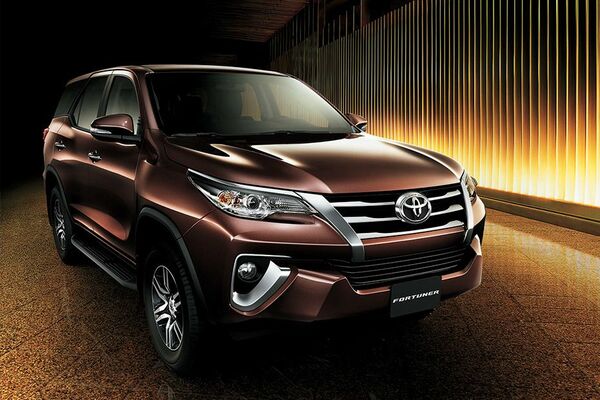 The Fortuner gained a few centimeters in length, translating into bigger interior space

The cabin presents a classy combination of dark browns and blacks, accented by leather, silver, and faux wood.  Upholstery on the G variant is draped in fabric material, while V variants receive leather seats. There’s flexibility in interior space with the 60/40 split-fold second-row seats and 50/50 split-fold third-row seats, which you can arrange in a variety of configurations for the ideal mix between passengers and cargo. 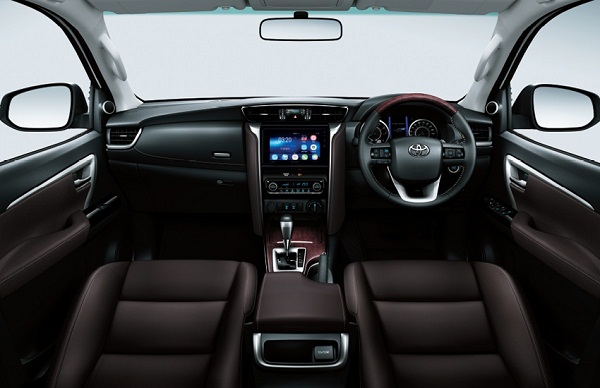 The instrument panel contains the analog gauges plus a 4.5-inch multi-info display. A 6.5-in. touchscreen handles in-car entertainment across the range, offering a radio tuner function, hands-free communication, and audio streaming. 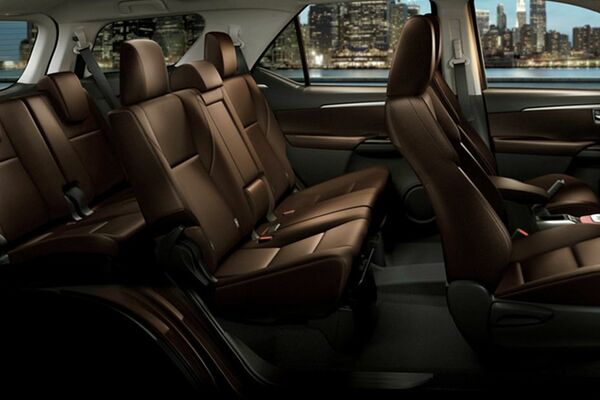 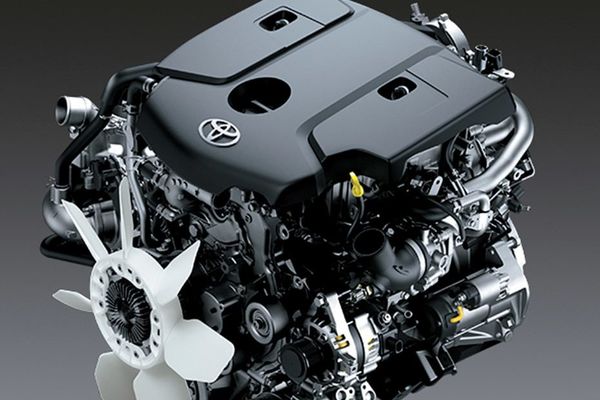 Driving the 2019 Fortuner, you’ll notice how smooth and quiet its four-cylinder engine goes at moderate speeds. The V variant comes with a Power Mode that gives you a significant increase in performance when you need a boost.

SUVs have a naturally high center of gravity, and the Fortuner is no exception. Body roll is still noticeable yet subdued compared to its predecessor.

Considering its build and reliability, there is no doubt why this seven-seater SUV has amassed a large following.

Although it can still benefit from a few improvements on the interior and suspension, the redesigned Toyota Fortuner doesn’t feel like a cop-out for its sticker price, whether in its stylish aesthetics or its on-road and off-road performance.