Deciding to give love but still care about some Toyota Vios common problems and wonder if you two can get along... Click on, we will provide a list of all of its problems and how to fix them to maintain a comfortable and effortless driving experience every day.

The Toyota Vios has become one of the most hot-selling cars in the Philippines ever since its first launch in 2002. After many years, this car remains a 'dangerous' competitor against many different sedan models in the car industry.

As the promising choice of vehicle, the Toyota Vios is well known for its general reliability and affordability that keep Pinoy drivers satisfied and excited.

However, like other cars, the Vios is not perfect as international users have witnessed certain particular issues of this Toyota car model while driving.

These are some of the few reasons that lots of drivers seem to hesitate to get one Vios for family usage.

But don’t worry, Philtoyota.com will provide a list of Toyota Vios common problems for you to avoid triggering as well as come up with several solutions for better future handling.

In case your car suddenly stops working without any warning, the electrical system is mostly at fault. For this situation, you need to check the fuse box for any sign of damage or corrosion. You should also check the burnt cables next if the fuse box does not appear to have any issues.

In case both the fuse box and the cables show up in a good condition, the issue probably lies in the spark ignition controller or electric fuel injection.

If you hear unfamiliar sounds before the motor quits working, your fuel line may be clogged.

To address this problem, you have to clean the fuel line or change the new fuel filter. Furthermore, you should head to another gas station for your fill-ups.

There are some reasons which often get your car not started and certain simple ways to fix them without losing tons of your time and your money.

You have to check carefully 3 parts: Starter system, spark system, and fuel system. The starter system has to be paid attention to first as its principal feature is to start the car.

Commonly, a decreasing battery is undeniably the main factor of a no-start engine. There are some signals to tell you that it is the right time to replace a new Toyota Vios battery such as the cold engine or just works at some point later, not immediately after the car starting.

Besides, you can check the battery for voltage and corrosion, then replace and clean the battery posts if necessary by using a battery tester.

If the battery works well, then you should then check the ignition switch, ignition coil, coil wire, distributor included. And what about the red warning lighting on the dashboard? If they are turned off when you turn the key on the position, you probably have a bad ignition switch.

The corrosion in the battery can impact immensely other parts, especially the car starter. To check the system, you have to hold a circuit tester that leads on the wire that draws in the starter, and at the same time, have somebody turn the ignition. If the starter is receiving electricity yet not turning, then it's an ideal time to replace it.

The next section to notice is the ignition or spark system (ignition coil, distributor cap, and coil wire). The no-starts problem can be caused due to a wet distributor cap.

You have to make sure that it is clean and dry before your car start. If both of the starter and spark systems are in good condition, the issue must be in the fuel system. You need to test the fuel filter and lines for clogs.

In case you have followed our guidance but are not able to fix any Toyota Vios engine problems, we recommend that you should go to a car service center and check your Vios with professor technicians.

A basic guide on what to do when your car won't start.

>>> Further references: 10 Common Reasons Why Your Car Won't Start & How To Troubleshoot Them

Once the stalling system begins to appear more regularly, you should check the car’s air-fuel mixture for some reasons:

Power windows could be considered standard equipment in every modern car, and the Toyota Vios is no exception. However, power windows are more electrical and mechanical components, which means that there’s more that could go wrong.

If power windows don’t work, you should check the fuse box. In case it is still good, then your power window motor may have a problem. Notice that you are not able to fix the power motor by yourself as it is dangerous and can lead to injury. It’s a better option to have a factory-trained professional check and fix it.

You cannot fix the complex-built car power window by yourself.

Another unexpected detected Toyota Vios issue is a quite annoying steering noise. Overall, this car has a power steering system that supports a relatively flawless drive. However, a problem with the system can come from abnormal noises when steering.

The abnormal sounds like a hum, knock or whine when turning your steering system may be a sign that your car needs to be repaired and have throughout-check.

Toyota Vios Common Problems: Vibration When Turning On The Air-con System and The Vehicle Is On Idle

Basically, the compressors play an essential role in the air-conditioning system to provide the best performance and they are driven by an engine-accessory belt.

When the compressor is turned on, the engine has to work harder. If there is anything wrong with this part, the car engine may be put more pressure and may lead to the vibration of the entire car when idling.

Overall, there are several problems that Toyota Vios drivers are facing, but possible solutions could still be used to avoid and prevent them. Although the Vios best-experiencing has a few obstacles such as steering noise or suddenly stop working issues, the car is positively worth for its value.

With today's Toyota Vios common problems' warnings, we hope that you have already gotten the needed information not only for your next Vios purchasing but also for useful car maintenance tips and advice. 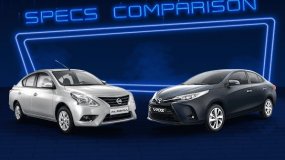 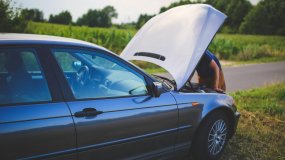 Read our article to understand why sometimes the car won’s start and how to fix it. 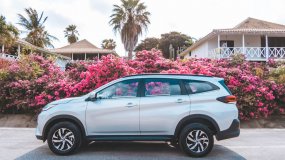 Toyota Rush Problems: What Do You Need To Know?

Do you want to know more about Toyota Rush problems? Check out these recommendations below as maybe someday they will be helpful.