Window Hours Meaning - The Number Coding Scheme In The Phillippines

What is window hours meaning? Why do Filipinos need to comply with the number coding scheme? Find out the most accurate answer in this article now.

Do you feel bad about always getting stuck in traffic before getting to work? Does this always make you frustrated and in no mood to work? Yes, it is hard to avoid traffic congestion in the Philippines. To prevent this from happening, you need to know the window hours meaning and number coding scheme that the government has promulgated to have the best plan for your daily trips. Now, let Philtoyota.com help you find out!

So, first of all, you have to understand the window hours meaning.

The window hours relate to the vehicle being coded at any time in five or seven hours. Depending on the type of vehicle, they will be coded on a specific date and allowed to circulate on public roads.

Normally, the window hours are valid between 9 am and 4 pm at Parañaque and Pasig. In addition, in Manila, Malabon, Valenzuela, and San Juan, window hours are effective 1 hour later, between 10 am and 3 pm.

However, these window hours are no longer valid for national roads. For example, radial roads, circumferential roads, and other major roads will have no specific window hours, and the Mabuhay Lane routes in Metro Manila have not too.

This also means that the vehicles, when coded, will not use these main routes during the number coding scheme. Of course, they can still be circulating on the intersections on these roads. Main roads on Metro Manila will not have window hours. Therefore, you should consult before you intend to go through this place.

2. What is the Number Coding scheme and its purpose?

In the Window hours meaning section, we have mentioned the Number coding scheme, so do you really understand what it is?

What is the Number Coding scheme and its purpose?

The number coding scheme, also known as UVVRP - Unified Vehicle Volume Reduction Program, is a program that the Metro Manila Development Authority (MMDA) organized and implemented to limit not only public but also private vehicles traversing through the road, which depend on the last digits of the license plate number. This useful program is carried out on weekdays, i.e., from Monday to Friday every week.

As you may not know, this Number coding scheme program was performed for the first time in 1995 and is considered the first experimental facility focusing on public utility vehicles (PUV). After that, the program was expanded to cover all public and private vehicles running on Epifanio de los Santos Avenue (EDSA).

However, in some special cases such as holidays or weekends, number coding schemes are not implemented.

During the program going on, the system is updated and improved a lot before the government issues the latest version that you are using today.

So what is the purpose of the program?

Traffic conditions in the Philippines have always been a big concern. The government is also constantly trying to help reduce traffic congestion, and the Number coding scheme (UVVRP) is born. This program will not allow vehicles to travel on public roads based on their license plates. For more detailed information, refer to Section 1 of the Memorandum Regulation No. 96-005. And from 2019, this program will work from 7 am to 8 pm.

What are the Number Coding days?

Knowing your license plate number when you own a car or just being a rental driver is also important in number coding days. Specifically, you need to know the last number of the license plate to obey the rules of the program.

What are the Number Coding days?

At what time are the Number Coding hours?

Depend on UVVRP, window hours in the period of standard number coding scheme is from 7 am to 8 pm. On the other hand, there are many areas where vehicles are not allowed to use the respective roads from 7 am to 10 am, and from 3 pm to 7 pm. For examples, they are:

In a few specific cases, like in Pasig City, the even and odd encoding was discontinued on 1 July 2019. Instead, it will follow the normal encoding scheme. Between 7 am and 9 am, and from 4 pm to 7 pm, restricted vehicles will not be allowed to use the Pasig Road. The same applies to the Paranaque Road.

Meanwhile, Marikina city seems to rarely experience traffic congestion. As a result, the city is completely exempt from this standard coding scheme. On the other hand, Muntinlupa and Taguig are partially exempt because there are some locations in the city where they cannot be accessed for the vehicles in coding. For example, Muntinlupa (except Alabang-Zapote Road), and Taguig (except East Service Road and Manuel L. Quezon Avenue), vehicles will not have access to public roads from 7 am to 8 pm.

So you have understood the window hours meaning and overview of the number coding scheme program? The Philippine government is always dealing with traffic problems every day to avoid congestion at first, and the second is to ensure the safety of the people to limit traffic accidents.

Hopefully, this program will improve the traffic problems here and make your life better. And do not forget to strictly follow the rules of the program. Each conscious citizen will contribute to making the country stronger.

Have a nice day! 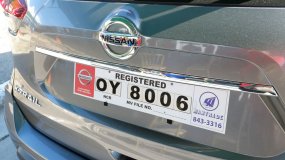 Conduction Sticker Car: Clearing Up Puzzles Of Every Filipinos

Wondering what are the unusual-calling Conduction Sticker Car? The article below will show you a little about it right now!

Early Warning Device For Cars Every Driver Must Know 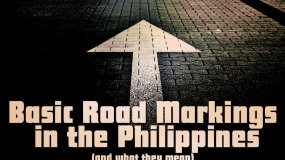 Road lines' meaning in the Philippines - Must be familiar grasp