05 attractive Toyota Rush colors Philippines for you to choose

Among various types of Toyota Rush colors Philippines, which one will be the best for you? Explore the answer in this article!

The updated Toyota Rush is a compact five-door SUV that went on sale in the Philippines in November 2020. All models received the third row of seating, turning it into a well-liked family vehicle among Filipinos.

Size-wise, Toyota Rush has dimensions of 4,435 mm in length, 1,695 mm in width, and 1,705 mm in height. Currently, the Toyota Rush is based on the third-generation Daihatsu Terios' exterior styling. The Toyota MPV comes standard with shark-fin antennas, rear spoilers, LED headlights and taillights (with LED guidelines), and more. While the entry-level E variations come with a chrome radiator grille and 16-inch alloy wheels, the top-tier GR-S variant has 17-inch alloy wheels and the GR-S treatment.

All versions now come with a 7-seating arrangement, which should be convenient for individuals who want to buy a sizable vehicle but don't want to shell out a large amount of money. More cargo room can be provided by folding the 50:50 third-row seats.

All versions of the Toyota Rush come standard with a 7-inch infotainment screen that supports iOS and Android Weblink Connectivity as well as CD/MP3, AUX, USB, Bluetooth, and other technologies. The top-of-the-line variant has eight speakers, whereas the E variant only has six.

Six airbags, an ABS with electronic brakeforce distribution (EBD), traction control, a hill start aid, an emergency stop signal, and ISOFIX tethers are all still included in the upgraded model's list of safety features. For E variants, keyless entry is employed, whereas smart entry is preferred for the GR-S variation.

Toyota Rush Colors in the Philippines

The entry-level SUV's Silver Mica Metallic will go well with its chrome trims. It also makes for a pleasing color combination on the variant's 16-inch alloy wheels. Silver color creates luxurious, fashionable, and eye-catching feelings for many customers.

Choosing the White body color has many advantages. The fact that white can make the vehicle look cleaner is one of the main reasons why most people select it. White is the most common color for vehicles worldwide because this form of body paint can conceal dirt and dust easier than other body paints. The Toyota Rush in color white would be found easily on the road.

In contrast to white, a black Toyota Rush appears more professional and attractive, but it is also more easily dirty, especially on rainy days. In order to maintain the car's original glossy black appearance, you will need to clean it frequently. Many car lovers prefer black metallic for their Toyota Rush.

Toyota Dark Red Mica Metallic uses a combination of red and black to create a healthy, sporty beauty. This goes perfectly with the interior color of the automobile. In contrast to the bright red of many other automakers, this dark shade of red seems both stylish and distinctive while remaining classy and calm.

>>> Suggested for you: Toyota Rush 2022 Review - One of The Best Choice for Family

Customers will have more exciting alternatives thanks to the five unique colors available for the Toyota Rush, each of which has its own individuality. Think about which color of a Toyota Rush in the Philippines best describes you. When you're driving a car in your favorite color, you feel more at ease making an appearance anyplace. Follow us for more details about Toyota cars! 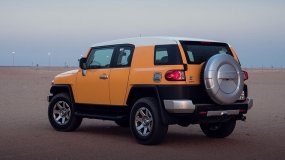 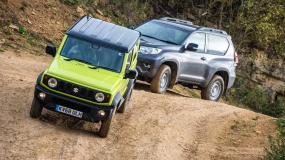 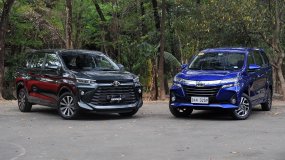