One of the most noticeable features is the exterior color. How many colors are available for the Toyota Wigo 2022 model, and which is the best-selling Toyota Wigo color? Let's learn more about this topic right now.

Customers were immediately drawn to the imported Toyota Wigo model after it was introduced to the market. One of the most noticeable features is the exterior color. How many colors are available for the Toyota Wigo 2022 model, and which is the best-selling Toyota Wigo color? Let's learn more about this topic right now.

Many customers have expressed interest in Toyota's new A-size hatchback model. In addition to the benefits of the Toyota brand, the Japanese company added a number of utilities that make Wigo more appealing to first-time car buyers.

The vehicle measures 3,660 x 1,600 x 1,520 (mm) in length, width, and height. The wheelbase is the longest in the segment at 2,455 mm. The minimum turning radius of 4.7 m and ground clearance of 160 mm promise flexible operation in congested streets. This Wigo car is especially aimed at the younger demographic.

Black is the most powerful and authoritative colors of Toyota Wigo, evoking strong emotions. The Wigo car color is black because it represents ultimate power, and those who choose these vehicles want to be taken seriously by others. Black is a popular color because it exudes elegance and power to the drivers inside the cars.

Additionally, Toyota Wigo car color is Black, and it is best suited for people with a water and wood fate. Many people prefer this color because it makes the car appear luxurious and powerful.

Toyota Wigo colors have been classified into various senses, but the Red color of Toyota Wigo is associated with excitement and speed. People with strong personalities, ambitions, and a lot of passion and inspiration are often drawn to red cars. Wigo car colors that stimulate the senses, and those who like this color are more adventurous than others.

Customers with earth and fire destinies should wear red. Red is also associated with luxury and magnificence, and is considered "trending" among all customers. When it becomes dirty, however, it is easy to detect. Furthermore, red absorbs heat very well in hot weather, making the space in the car more uncomfortable than other car colors in the same temperature conditions.

The various colors of Toyota Wigo cars frequently represent the various personalities of each driver. White is a combination of all the colors in the light spectrum and is commonly associated with kindness, perfection, purity, innocence, cleanliness, faith, and sincerity. As a result, the white Toyota Wigo colors are thought to value order and honesty in both personal and professional life.

In fact, every type of car is always colored White, which is one of the most popular colors in the world. The appeal of this color is reflected in the fashionable and trendy style of the cars. Furthermore, white absorbs less heat than other dark colors and is harder to detect dirt than other colors, making the interior of the car more comfortable under the same temperature conditions. White, Gray, and Silver, in particular, are compatible with the fate of needles. If you were born in this year, the Wigo 2022 car color of white, gray, or silver will be ideal for you.

Gray Metallic Toyota Wigo Colors is an outstanding design that is frequently associated with formality, wisdom, and understanding. Gray cars are also popular because they give off a glossy, cool vibe and are highly trusted by many customers. Customers prefer gray metallic Toyota Wigo colors because they make the vehicle appear more sturdy. In addition to this factor, many experienced drivers in the profession believe that gray metallic toyota wigo colors are the easiest to resell after use. Customers who wear the fate of water and needles should choose gray as well as white.

Toyota's Gray Metallic Toyota Wigo Colors on the new car make it stronger and more stable. As a result, this car line has become the first choice for all customers and one of the most popular Toyota Wigo best color cars.

Toyota Wigo variants and prices are all affordable to a wide range of customers:

As a low-cost A-class car model aimed at home and service users. Toyota Wigo 2022 has a wide range of color options for customers to choose from. Hopefully, the information provided above will assist customers in selecting the model that best fits their geomancy. 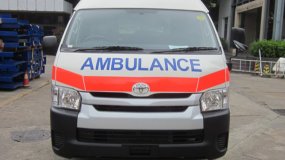 Are you looking for Toyota Hiace Ambulance for medical purposes? Please refer to our information immediately to get the most specific details! Click to read! 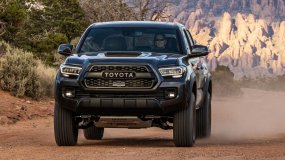 Here are a few of the bestselling trucks: Toyota Tacoma Vs Tundra. Both have their specific features, and we will go over the features of each and compare them.