Toyota Rush 2019 Philippines Review: A great choice for an MPV

8.0 Price: ₱1,070,000 |Body type: SUV/MPV
Share:
Toyota Rush sleek, modern, and is undoubtedly a great choice for an MPV. This in-depth Toyota Rush 2019 Philippines Review will tell you why.
Table of contents

Launched in May 2018, the Rush takes obvious styling cues from its bigger stablemate, the Fortuner mid-size SUV.

The 2019 edition should be no different in terms of passenger and cargo capacity, with both five- and seven-seater variants continuing to be available for the Philippine market. 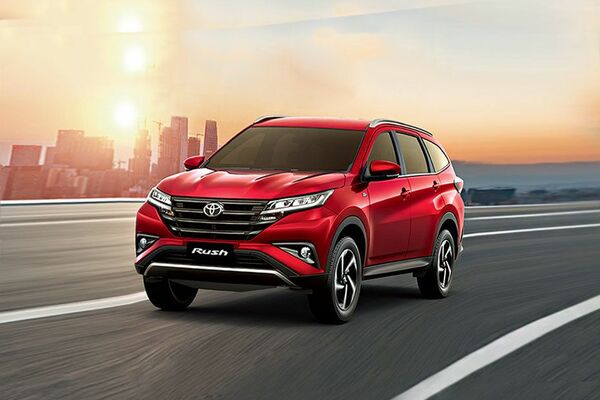 Toyota Rush 2019 comes with both five- and seven-seater variants

Toyota has pitted the Rush against Honda’s BR-V, with the former’s 1.5 G 7-seater variant often compared to the latter’s 1.5 S CVT trim, priced at P1,070,000 and P1,030,000 respectively. The Rush is equipped with front ventilated disc brakes and rear drum brakes.

A MacPherson strut suspension buoys the Rush in front, while a rigid axle and five-link rear suspension setup emphasize its rugged underpinnings, being aimed squarely at the subcompact SUV market.

In this review, Philtoyota.com will give you a better insight into the 2019 Toyota Rush.

A set of 16-inch wheels is standard on the E trim, while the G benefits from larger 17-in. alloys. Each variant carries four doors and a rear hatch for access to the cabin.

Foglights, adjustable headlights and turn signals mounted on the power-adjustable side mirrors are standard. Chrome details give the Rush a dashing appearance, and the roof is topped off by a sharkfin radio antenna. 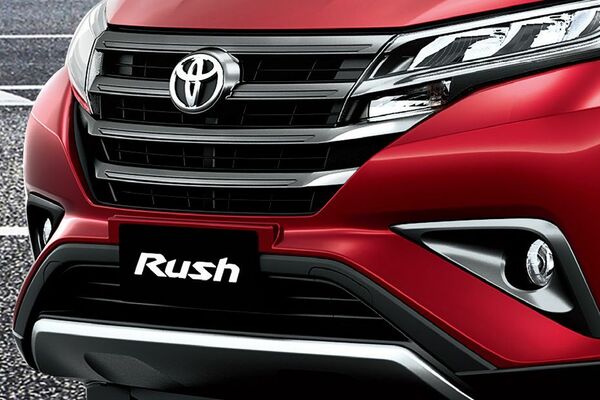 Rush 2019 has adjustable headlights along with front fog lights

Whether you’re a driver or passenger, the 2019 Toyota Rush interior is something you’ll appreciate on any trip.

Adjustable seats let you find the perfect riding position, and there’s the added convenience of power windows. Automatic airconditioning with rear vents cools down everyone on board even on the hottest summer days.

The base and mid-level E trims can accommodate five occupants, while the G adds two more seats behind the second row, with rear headrests throughout not only providing comfort on long drives but also whiplash protection in the event of an accident. 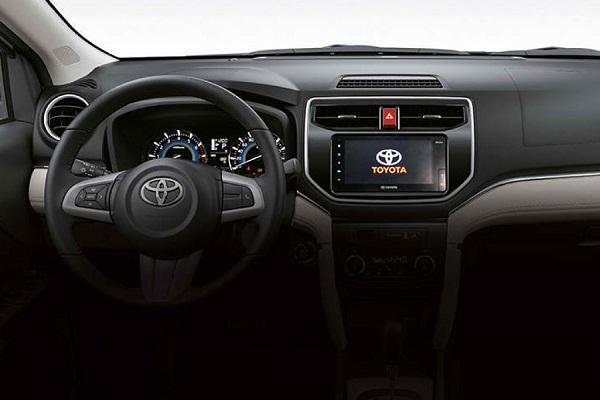 Drivers will especially appreciate the easy-reach controls in the cockpit

Depending on the variant, you can either row through the gears yourself using the five-speed manual transmission or just kick back and let the car do it for you with the four-speed automatic gearbox. 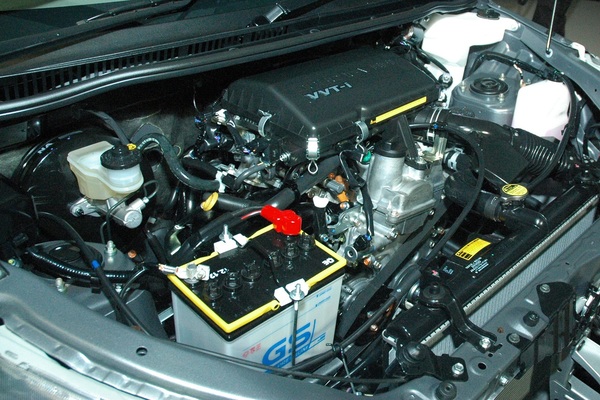 A 1.5L Dual VVT-i engine is standard across all variants

The Rush uses rear-wheel-drive to propel its mass-forward, achieving 0-100 kph in 13 seconds.

Given the Rush’s more compact dimensions and weight, this could have been better, although it really becomes a moot point if you live in an area frequent stop-and-go traffic.

The RWD configuration also distributes the work between the front and rear wheels, resulting in a somewhat more balanced ride.

On moderate ascents and uphill climbs, the Rush seems to struggle especially when full, unless you give it a generous running start. The rather anemic engine output paired with the limited gearing on the automatic variants might be the culprit.

All variants come with a 7-in. color touchscreen that features CD, MP3, USB and AUX playback, as well as Bluetooth hands-free and weblink connectivity for iOS and Android devices.

The front and rear speakers deliver adequate sounds that might be a little wanting for hardcore audiophiles, but satisfying enough for regular users.

When it comes to safety, all three variants are equipped with three-point ELR seatbelts for the driver and passengers.

An array of dual front, side and curtain airbags is also standard across the range, providing maximum safety for all occupants against front and side collisions. Vehicle stability with traction control, hill start assist and antilock brakes with electronic brakeforce distribution round out the safety features on the Rush. 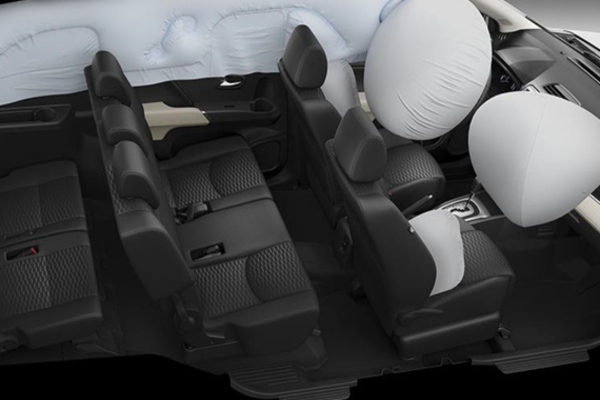 Overall, the three variants are nearly identical in terms of features and functionality, with the 1.5 G providing the most flexible options between carrying people and cargo.

Being both five-seaters, the 1.5 E M/T and 1.5 E A/T trims will likely have the advantage of slightly more cargo space in the rear, as the third-row seats on the G variant don’t fold flat, thereby still taking up precious inches of interior space that could have been otherwise utilized better.

Nevertheless, if you’re looking for a family car that combines the robustness of an SUV and the practicality of an MPV, the Rush is worth considering. 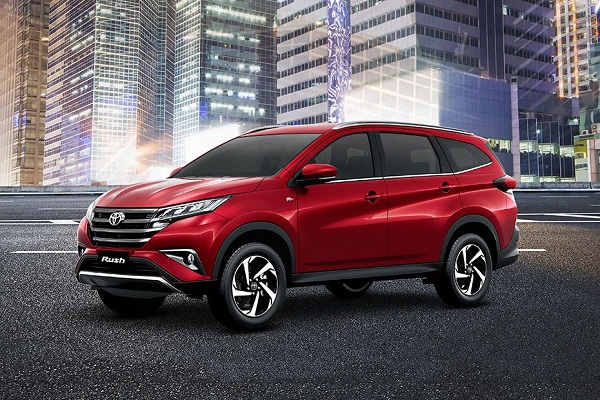 Is it worth your choice to drive home this MPV?