At last, the Japanese carmaker Toyota replaced the Tamaraw Revo AUV with its new model Toyota Innova. In this new model, all the traces and signs of its predecessor were removed together with the name “Tamaraw”. Since then, it has become one of the best seller car models in its class.

The 2019 Toyota Innova is the second generation of its kind. It arrived in the Philippines in early in 2016. The new model’s dimensions are larger compared to the replaced model especially in its total length that is greater by 150 mm. Toyota Innova measures 1795mm x 1830 mm x 4735 mm. 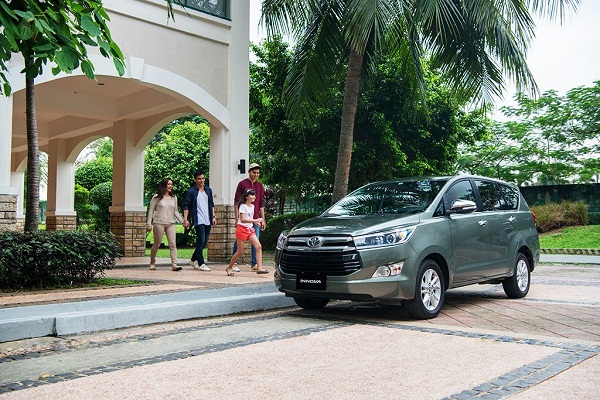 The 2019 Toyota Innova is the second generation of its kind

Our Toyota Innova 2019 Philippines review brought by Philtoyota.com will help you have a comprehensive understanding of this MPV.

For the exterior, Toyota Innova possesses a sleek aerodynamic frame and outline which is distinct to an MPV. While it is still classified as an MPV, the styling of this current model, however,  is more inspired by the SUV and crossover models of Toyota.

There's a large angular grille on the front end. Situated on its sides are the big swept-back headlights. It gives the model a more aggressive appearance that gives away the similar look of the Highlander SUV of the American market.

The sides of the new Innova feature prominent shoulder lines and clean lines. The endmost side windows, D-pillars that is almost triangular in shape are upswept, and the horizontal taillights that are angular in shape with prominent corners give this car a similar look like that of the RAV4. 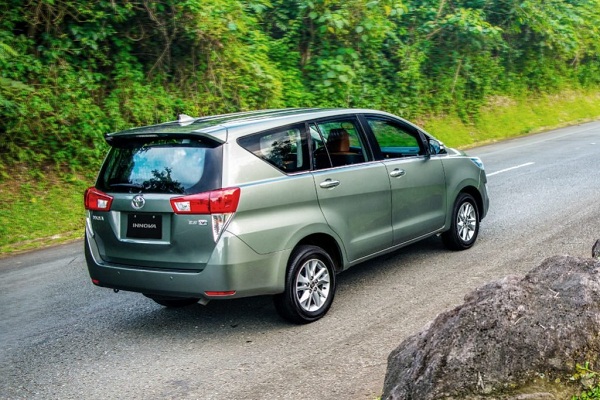 The interior of the 2019 Innova features a very modern and stylish Toyota Interior. It can comfortably seat up to 7 people.

The dashboard’s upper part has a flowing shape and the layout of the gauge cluster gives a similar look like that of the Corolla Atlis. There’s a touch screen with a length of 8 inches for Toyota Innova’s variants higher than the E trim-level. For higher-end G and V variants, there's automatic climate control. It also has an impressive inner upholstery that perfectly matches the bold exterior.

The seats will give you a comfortable and cozy travel, thanks to its suede-like inserts. There is also a cooled glove box situated above where you can place a couple or three small bottles are available in all Toyota Innova variants. You have the option to order either a 6-speed automatic transmission or 5-speed manual transmission in both diesel and gasoline variants can be bought with. It also remains a rear-wheel-drive only, the same with its predecessor. 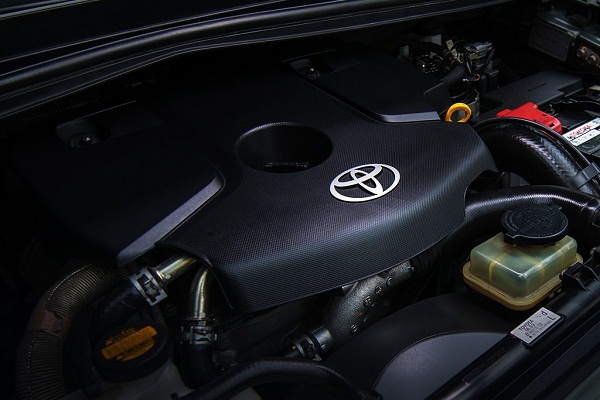 The current Toyota Innova remains riding on an IMV chassis that have a similar 2750mm wheelbase. It also has a live axle coil spring rear suspension and an independent double-wishbone coil front suspension which is also the same with its predecessor. Rear drum brakes and vented disk brakes in the front are also available in all variants. 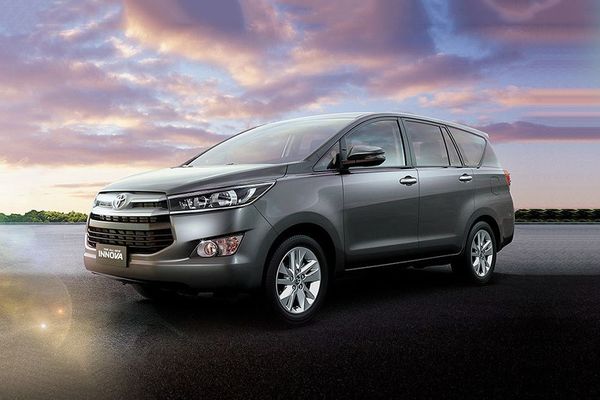 When it comes to safety, you don't have to worry with Toyota Innova because improved safety is applied across the cabin – the same with all other new-generation models from Toyota. Safety is secured in this model because all variants have ABS  that comes with EBD, driver’s knee airbags, and dual airbags.

Also, the 2nd-row seats have 2 ISOFIX child seat anchors and all 7 passengers get 3-point seatbelts. For V variants, it has extra safety features such as curtain and side airbags as well as electronic stability control. 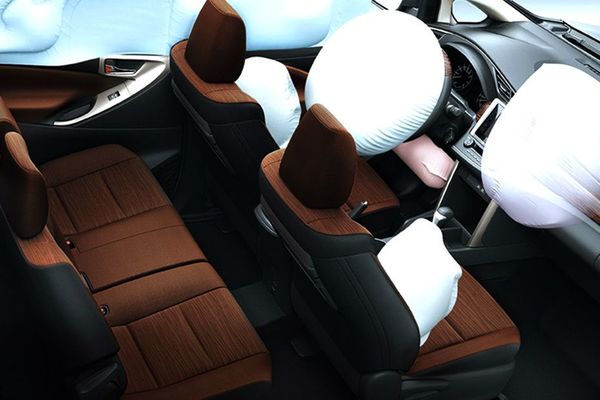 Improved safety is applied across the cabin

The 2019 Toyota Innova has different variants that you can choose from. The following is the pricelist of the Toyota Innova.

The 2019 Toyota Innova is a perfect car for big families. For a van, the Innova is pretty decent. It has a bit of aggression to it but not so much. The dashboard has a very eye-catching design.

Overall, the Innova will give a very decent drive. The only thing lacking for this model is back up cameras which are a great help when backing up and parking.

For its price, it's unthinkable why this model doesn't have backup cameras which are already a basic feature for entry-level cars today. Toyota Innova is pretty decent car however the pricing puts it in the position where it will be competing against midsize SUVs which have the advantage when it comes to practicality, ruggedness, and aesthetics.