8.0 Price: ₱1,048,000 |Transmission: Manual |Body type: Hatchback
Share:
A host of tech and performance upgraded Toyota Corolla Altis is a home run with a distinctive flavor inside.
Table of contents

What made the Toyota Corolla Altis the most trusted car in its era? Reliability. For several generations of Filipino drivers, this virtue made the car stand out among its contemporaries and drove waves of repeat customers into Toyota showrooms.

Although it has been out for some time in the overseas market, there’s a very good chance that the 2019 Corolla Altis will be introduced in the Philippines by October.

The specific form we’re featuring in this article is the 2019 Altis hatchback, riding high on the Toyota New Global Architecture (TNGA) platform as part of its redesign. 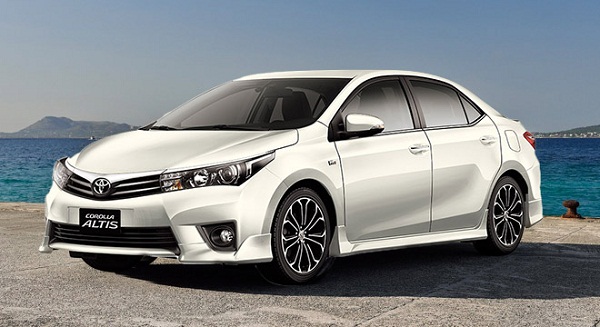 A common complaint was that Toyota produced reliable yet bland-looking cars. With the release of the 12th generation Corolla, Toyota is sending a very clear message that reliability doesn’t have to mean missing out on the fun, featuring a host of tech and performance upgrades backed by exceptional safety.

This current iteration comes equipped with Toyota Safety Sense 2.0 that uses radar technology to keep your car at a safe front and rear distance from other vehicles, perform steering corrections in case you begin to drift from your lane, and autonomously park your car, among others. Safety Sense 2.0 comes standard across the range.

A hallmark too of Corollas that endeared it to Filipinos is its affordable price; fit and finish, as well as materials used, give off a premium vibe without being too pricey.

It's worth looking through Philtoyota.com's brief review to learn more details of this hatchback.

At first glance, it’s undeniable that Toyota definitely injected life into the Altis hatchback. It has a sharp angular look, with LED adaptive headlights. The length of the body is 172 inches, almost 6 inches shorter than the Honda Civic hatchback.

The design is vaguely reminiscent of the Mazdaspeed 3 in a more compact package, with the optional spoiler enhancing the silhouette.

Body lines and silver accents add edge and character to the car, headlined by the open grille and headlights that make the car more handsome. The Altis has keyless entry, with an integrated button and sensors in the door handles It has a sharp angular look, accentuated by the LED adaptive headlights

Ingress is fine for typical normal-sized Filipinos who average 5 ft. 6 in, although 6-footers might find the doors a bit of a squeeze.

The cabin accommodates up to five occupants comfortably. Soft-touch leatherette material on the upholstery adds a minimalist yet stylish look.

The driver benefits from lumbar support in the cockpit, while the leather-wrapped steering wheel feels luxurious to the touch and control buttons are within reach.

The rear seats meanwhile tend to be a little cramped for taller passengers; it’s a hatchback after all, and some compromises had to be made between passengers and cargo space.

Dual climate control enables separate temperature settings for the front occupants, while a responsive 8-in. touchscreen infotainment system pumps out the tunes through the six-speaker audio system. There’s Apple CarPlay connectivity for iPhone users, too. 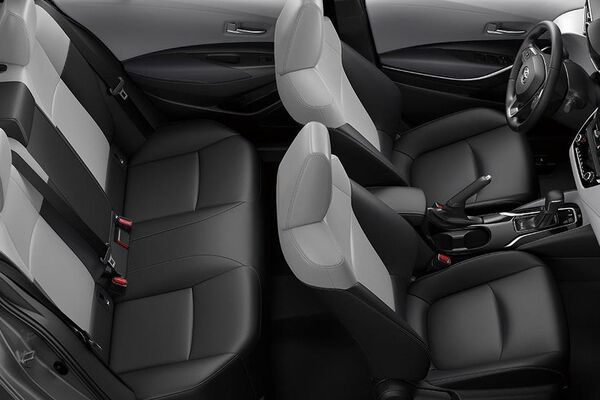 2019 Corolla can comfortably sit up to five people

The 2019 Altis hatchback upgrades to a 2.0L four-cylinder engine with Dual VVT-i, generating 168 hp and 210 Nm of torque. Transmission options include a 5-speed Intelligent Manual Transmission (iMT) that is capable of matching the engine revs perfectly, and a Dynamic-Shift Continuously Variable Transmission (CVT). 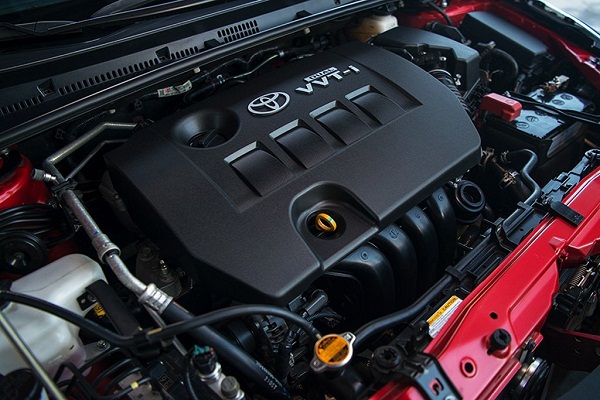 The new Altis hatchback is armed with a 2.0L Dual VVT-i engine

It's a surprise to know that the new Corolla Altis drives as well as it looks. The effortless manual transmission has good power delivery and responsiveness. Feedback and balance are as can be expected of a car with such a long-standing heritage. The new Corolla Altis drives as well as it looks

With over 200 horses under the hood, the new Corolla Altis hatchback sounds like a formidable rival to Volkswagen’s GTi. But even if it doesn’t quite stack up, this car is still undeniably fun to drive, with features and amenities that are worth the price from P961,000?

Whether one chooses the manual for the economy or the automatic for sporty convenience, the 2019 Toyota Corolla Altis hatchback is poised to make its mark on Philippine roads, and we can’t wait for it to land on our shores.