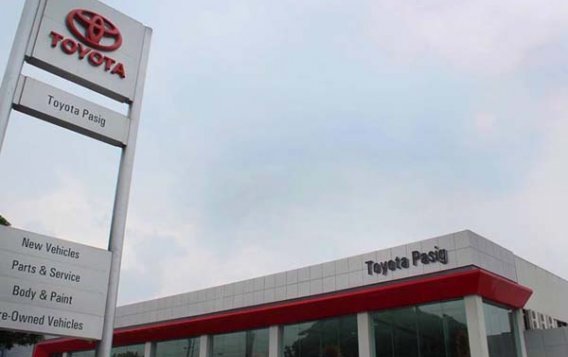 Toyota Pasig opened in June 18, 1993 and has been providing quality Toyota vehicles as well as genuine, excellent customer service to its clients for over two decades.

Situated in a large city that has been in constant development throughout the years, Toyota Pasig aims to continue the top of the line customer service it delivers not only to existing Toyota clients, but to the new and potential Toyota car owners through its Sales support, Vehicle Service and Parts and Accessories.

For any inquiries, please don’t hesitate to call their trunk line at 02 238 6777 local 601 to 606. You may also send emails to customer.relations@toyotapasig.com.